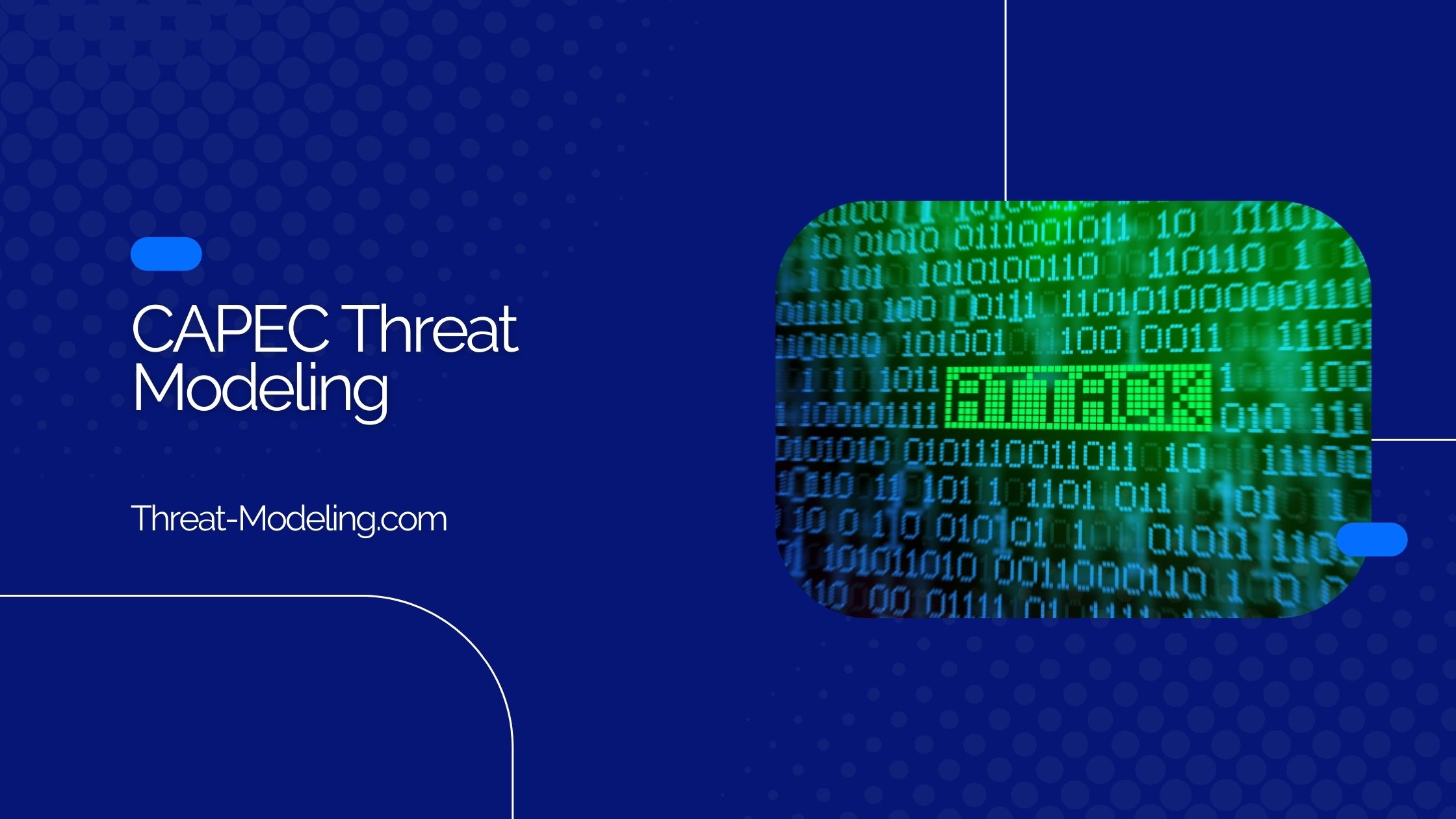 The Common Attack Pattern Enumeration and Classification, or CAPEC, is a framework for a better understanding of adversaries (attackers) and attack methods (which can also be seen as threats). CAPEC threat modeling can help us to better understand potential threats to applications and IT systems.

CAPEC has Attack Patterns, these are common attack methods used to attack applications and IT systems, used by attackers in the wild. This is useful because most attacks follow a certain pattern, and if you understand these patterns, you will be able to develop mitigations for these attack patterns as well.

Put another way: CAPEC consists of a big list of common attack patterns. Each attack pattern describes how attackers can breach applications, including the common steps involved to use the attack pattern. Understanding attack patterns can help defenders to build the right defenses and countermeasures.

CAPEC was first developed and released in 2007, by the US Department of Homeland Security, as part of the Software Assurance (SwA) strategic initiative of the Office of Cybersecurity and Communications (CS&C).

Execution Flow: An Execution Flow describes the steps involved in executing or performing an Attack Pattern. This is a step-by-step explanation of the common steps which make up an Attack Pattern. Note that the specifics of an actual attack may not 100% match up with the steps described in the Execution Flow (attackers can get creative and make tweaks or changes as they see fit). Execution flows have three phases: Explore, Experiment, and Exploit. The details of these phases consist of:

Consequences: The Consequences describe the impact or results of a successful attack (using the Attack Pattern).

A Walkthrough of a CAPEC Attack Pattern

In this walkthrough, I’ll look at CAPEC Attack Pattern 66: SQL Injection, which is one of the Attack Patterns of CAPEC threat modeling.

So what can you see here? What can we learn from this?

Nick has over 15 years of experience in the cybersecurity and IT field. Nick has implemented threat modeling and security by design at many enterprise-sized organizations, with a focus on IT applications, IT infrastructure, and business processes.

Threat Modeling and Security by Design

Threat modeling and Security by Design methods, tools, and approaches to help secure your business and IT landscape.

Enter your Email address if you want to connect and receive threat modeling updates (I won’t spam you or share your contact details).

Try my threat modeling tool, it's completely free to use.

Thanks for signing up!