What is STRIDE Threat Modeling 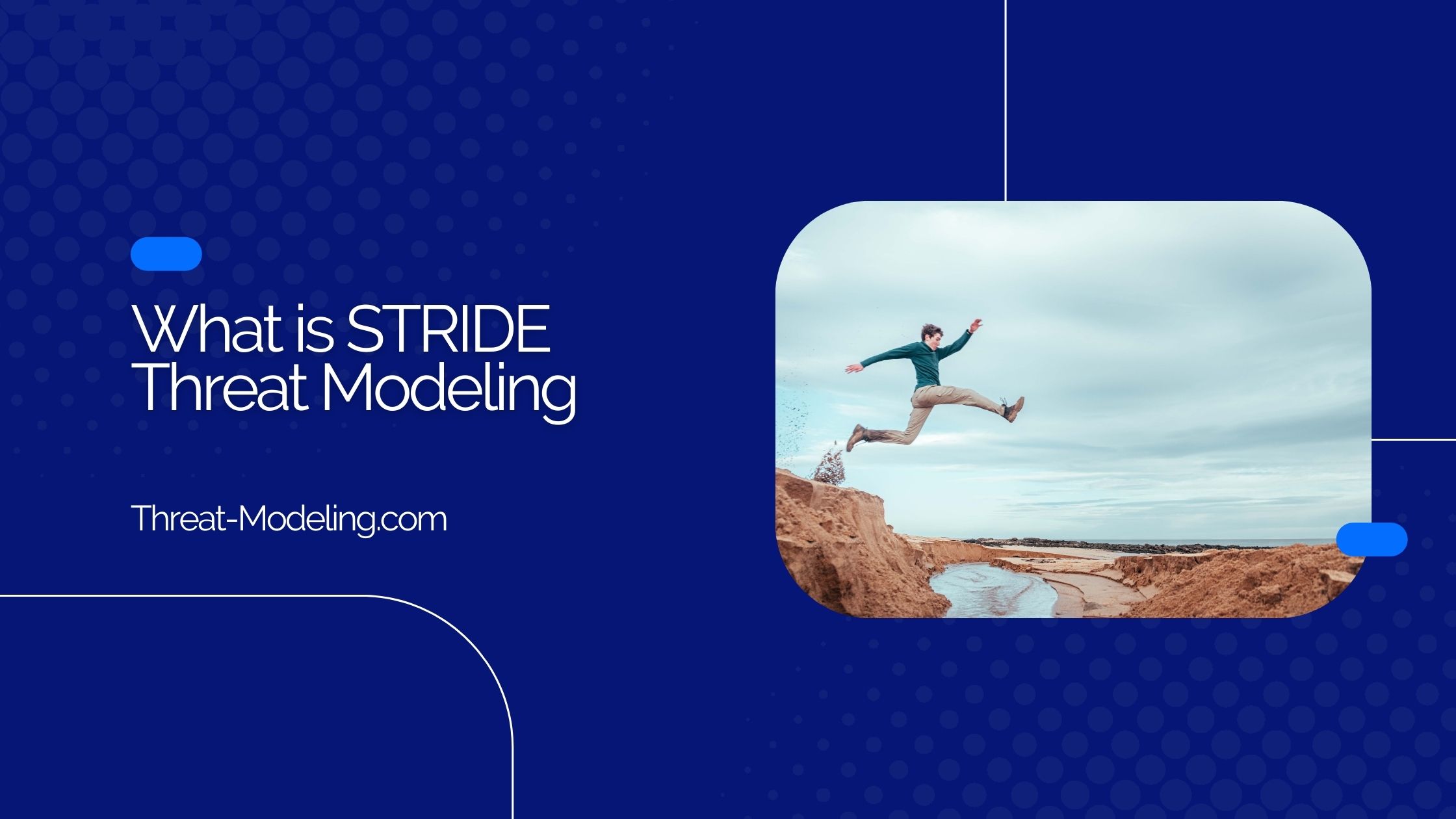 STRIDE threat modeling can be used to identify potential threats, weaknesses, and/or vulnerabilities in your application or IT system. It can be used in conjunction with other security activities such as penetration testing, IT auditing, security code reviews, and vulnerability management.

STRIDE threat modeling was developed by two developers Praerit Garg and Loren Kohnfelder at Microsoft. It has been used for many years at Microsoft to help secure their software and software development processes.

When thinking about what is STRIDE threat modeling, it is essential to look at the threat types that spell out STRIDE.

Spoofing is a type of threat whereby an attacker maliciously impersonates (or pretends to be) a different user (or system). You can also use Spoofing more loosely during STRIDE threat modeling to classify threats related to users and access rights.

Tampering is a type of threat whereby an attacker maliciously modifies data. You can also use Tampering more loosely during STRIDE threat modeling to classify threats related to the security of data.

Tampering example: An attacker gains access to the application (somehow), and changes data within the application. The original data has been lost. The data has now been ‘tampered’ with.

Repudiation relates to the ability to prove or disprove that an action or activity was performed by a specific user (or not). Repudiation is thus a type of threat whereby an attacker denies having performed a malicious action.

Repudiation example: An attacker gains access to an application, and performs a transaction of some sort. Due to a lack of logging, and a lack of strong authentication, it is impossible to tell who performed the transaction. The transaction may have been performed by a legitimate user, but it may not have been. Nobody knows after the fact (except for the attacker of course).

Information Disclosure is a type of threat whereby the attacker gains access to information that should be confidential or secret (and not available to an attacker).

Denial of Service is a type of threat whereby an attacker will prevent a system (or application) from working for valid users. This is often achieved by overloading a system with fake requests so that no time or resources remain for legitimate users.

Elevation of Privilege example: An attacker has access to an application as a normal user, but is able to set their user rights to ‘administrator’. The attacker can now perform actions that should be reserved for legitimate administrators.

What is STRIDE Threat Modeling Conclusion

When asking the question, what is STRIDE threat modeling, it is helpful to think of the following:

Nick has over 15 years of experience in the cybersecurity and IT field. Nick has implemented threat modeling and security by design at many enterprise-sized organizations, with a focus on IT applications, IT infrastructure, and business processes.

Threat Modeling and Security by Design

Threat modeling and Security by Design methods, tools, and approaches to help secure your business and IT landscape.

Enter your Email address if you want to connect and receive threat modeling updates (I won’t spam you or share your contact details).

Try my threat modeling tool, it's completely free to use.

Thanks for signing up!